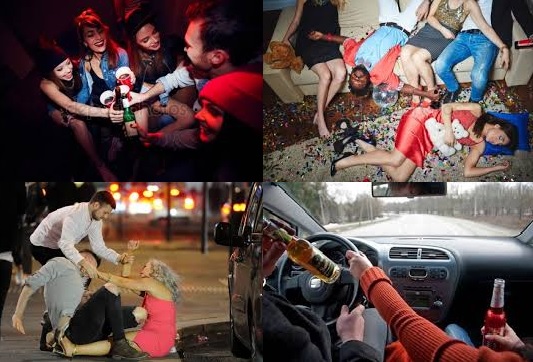 Most of us have heard about how do Russians drink vodka and match a bear. Below you can see funny photos about how Russians drink while driving a car. It’s completely inappropriate for a USA` drivers.

Nobody here takes your feelings for granted. Everybody does what they want to. I asked a question for one old guy, – How much cost your health? You enough old man. Here’s a health tip… don`t drink at wheel.  He says, – «You’re never too old to drink vodka». And the guys from behind seats say me, – Please hear Maybe he’s the type of driver that likes to drink and drive. A real big shock, actually.

There is a Traffic Rules and some drivers follow them. But there are many immoral drivers who allow themselves to drink an alcohol while driving.

The biggest challenge is the limited understanding and irresponsibility among young drivers to follow Traffic Rules. Young people from Russia drink and have fun driving too.

How much Vodka do Russians drink

How much is Vodka in Russia

Russian Students like to drink vodka too. They are not afraid and not shy at all. Vodka is a symbol of modern and freedom for these Russian young people.

Some things is most peculiar. Russian drivers got drunk and fight with police. Russian drivers are the most unusual drivers in the world. They will persistently prove their truth to the end. It is impossible to convince them.

The intake of vodka in Russia is a kind of philosophy in life, which unfortunately leads to sad consequences in life and on the road. Drunk young guys and girls are drinking vodka, dancing and try to get home at wheel. It is sinful and fun. After all, the wrong person behind the wheel of a car can be dangerous.