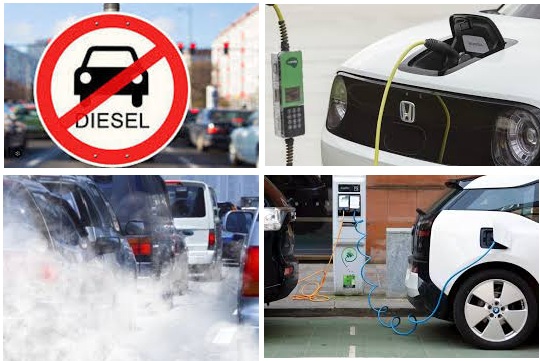 What does the diesel engine mean?

Diesel engines – are the compression ignition engines.   The mixing of the combustion mixture is going inside the cylinders. The most popular NewKidsCar articles is – “How Engine Works?“

If you drive a diesel car, then you may have several questions floating in your head. There are millions diesel cars in every big European city. Recently, European countries have begun an active fight against diesel engines. Why? Many people have a diesel car, and this question is sharp for them. Why Europe refuses diesel engines? Why is there an exception for some drivers? You can find out more about this below. For example: there are about 3 million diesel cars in Germany at all.
Why they can ride, while others cannot do it.
It is possible that the reason for the ban lies in the significant disadvantages of the diesel engine. So I want today to talk about disadvantages of diesel engine, which can be a reason of ban.

Disadvantage which can be a reason of Diesel Engine Ban

The diesel engine cannot reach high revs in time because fuel does not have time to burn out in cylinders. It is a reason of the leading to the emission of soot clouds. Of course, I agree that ban of diesel engine is a step to protect the environment from pollution. But I want talk about interesting situation in Afghanistan, when I drove a convoy of trucks through the pass 4000 feet. I had about 30 carbureted trucks in a convoy, each of which was well-served. But at the pass we met with another convoy – Kamaz diesel trucks.

We had to overcome the hill together. But it turned out that the diesel engine passed it easily, without much effort. And my carburetor trucks puffed well. Why?

The diesel engine works without smoke with a larger cyclic fuel supply at low speeds and it can produce high torque at low speeds.

It makes the car more responsive in motion than the same car with a gasoline engine. It is a reason, – Why the most trucks are currently equipped with diesel engines? But, it turns out that there is an exception to the ban for diesel cars which meet Euro-6 standards.

The ban on diesel engines in Europe was the result of the actions of the association of environmentalists won the historical process of banning diesel fuel. Thus, large cities such as Berlin, Munich, Paris, Barcelona, ​​Madrid and others are required to take measures to ban diesel engines in all over the world.

The ban on diesel engines is another step towards the era of electric vehicles.