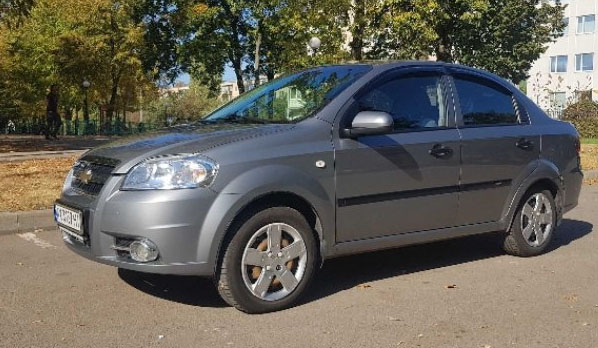 Hi everyone. In hot pursuit, I will tell you about my new adventure with a next car again. A few days ago I found an interesting example of a low mileage Chevrolet Aveo in good condition. After a thorough check, I was decided to purchase this car. During the purchase, I paid special attention to the inspection of the body, engine and gearbox. Everything is natural here.

Although nothing was found during the check, the next day, while leaving the parking lot, I encountered such a problem – the mechanical gearbox did not reaction at all.

Immediately after a little reflection, the idea came to my mind to drive the car aside and then think about repairing it. After all, if there are any problems with the gearbox, it is better not to continue driving. But due to the fact that I promised to take a relative home, it was unpleasant to deceive her.

Therefore, having discovered that the next time the engine is started, the car can go, I decided to smoothly drive to the service station and at the same time take a relative to home. As it turned out later, this was a completely wrong idea.

Gear shifted even without the clutch depressed. When the gear lever was in the neutral position with the engine running, the machine was moving. I took off the protective cover of the gear lever, superficially examined the thrust, put it in place. Then I pull the rods of the gearbox drive, but when viewed from above did not see anything. After I drove half a mile, there was a strong smell of burning. I drove to the service station and called the master by phone, since it was a weekend.

When inspecting the car on the lift, it was found that the gearbox drive rod fell out. This made me very happy, because sometimes thoughts about a gearbox malfunction crept in. As you know, the cost of repairing the box would be significant.

And the negative point was that while I was driving with interference to the service station, the clutch burned out. Today I will buy a new drive pull of gearbox and we will replace it. After that I will check how much the clutch has burned out. Let’s hope I got off a little scare.

I wish your car drive and not be a hassle. Do not repeat my mistakes. Don`t try to drive a car to service station before you know what is happened with gearbox and clutch.

A couple of hours later, I was driving my car with a new drive of gearbox. The clutch did not burn and work normally, and the gears shift a little to a slight interference, because the new part had not yet been processed.

The next day everything happened again. When I turned on the gear I was playing lottery. For example, When the reverse gear was engaged, the first gear was engaged. Thus, I drove to the service station where the drive of gearbox was replaced. It turned out that the service man forgot to tighten the clamps, so you should check this moment.

1 thought on “A jammed gearbox or clutch jammed, or something simpler?”