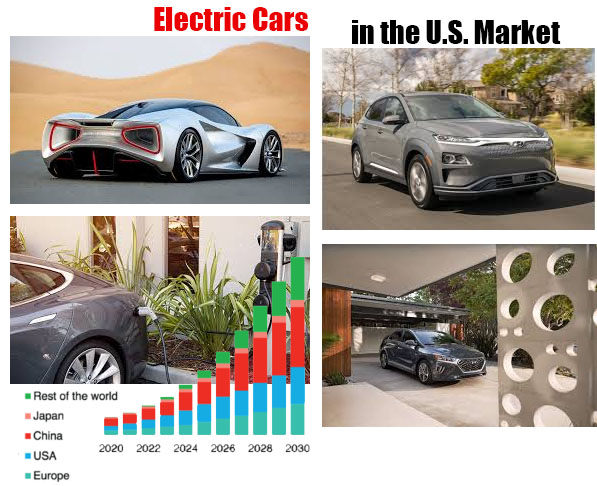 For many years, United States Government have repeatedly called for a reduction in the country’s dependence on fossil fuels. Electrification of the vehicles is a path to reach this goal. New stronger standards and taxes have been providing to do electric cars more popular for population.

Every year the administration has, for example, embraces a goal of having more and more percent electric-powered vehicles on U.S. roads. We can see many plug-in hybrid electric cars (PHEVs) and battery electric cars today. It says about the technology is in demand in the U.S. market.

What do Americans look for when buying an electric car?

The first reason why the Americans buy the electric cars is the cost of purchasing and operating. An electric car is less expensive than the cost of a comparable conventional gasoline-powered vehicle. And it is most important reason of their choice.

In the future, the battery costs will decrease.  BEVs are simpler to build and do not use liquid fuel, while PHEVs have more complicated drive trains and still have gasoline-powered engines.

Consumers purchase electric cars based on multiple attributes: performance, aesthetics, reliability, cost and many other features.

Today the American consumers decide opt to buy electric vehicles thanks to competitive with conventional cars across a wide range of attributes like purchase, operations, and maintenance. Significant penetration of electric cars into the U.S. marketplace occurs because the electric vehicles are competitive with conventional vehicles on a cost basis and other attribute basis. The Automotive industry developed a modern battery technology that will permit electric cars to travel greater distances at lower costs. It is most important step to future in which electric cars play a significant role in the nation’s U.S. transportation system.