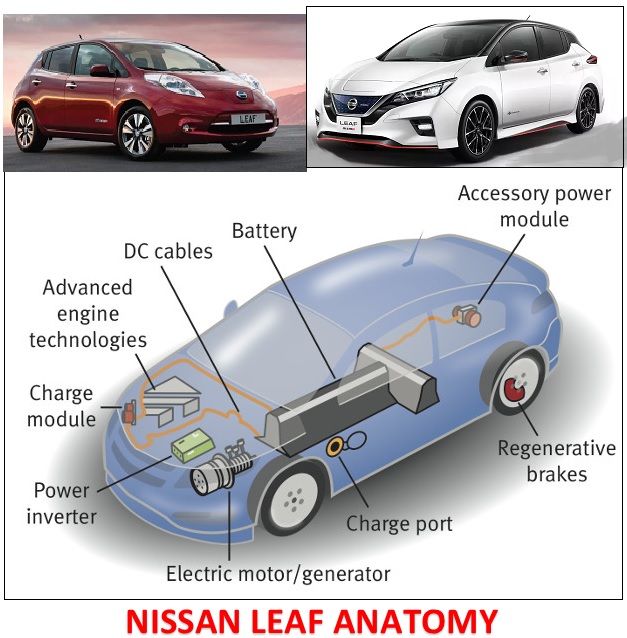 BEV is a battery electric vehicle, which often called pure electric car. These electric cars are enough simple and easy to operate. Over the past decades or so, the electric automobile has seen a thousand advancements. The main difference between BEVs and Hybrid Electric Vehicles is the BEV used only electricity for operating, against Hybrid Electric car which needs an internal combustion engine.

Hybrid Electric Vehicles have a hybrid powertrain including an internal combustion engine and electric motor.

What`s in your Nissan Leaf

Don`t just thing about the missing tailpipe. Manufacturing the specialized components that go into electric cars, such as the Nissan Leaf has significant environmental costs.

The aluminum used in the Leaf`s hood and doors reduces weight but requires much more energy to produce than steel.

The large amount of cooper used in the traction motor, power electronics, and wiring adds considerably to the burden that the Leaf`s manufacturing places on the environment.

The magnets found in the main traction motor require the rare earth elements neodymium and dysprosium, which come primarily from China, where their mining and refining cause considerable environmental damage.

The Leaf`s 24 kilowatt-hour lithium-ion battery pack, weighing almost 300 kg, is the heaviest component in the car, requiring energy-intensive materials to be used elsewhere for weight savings.