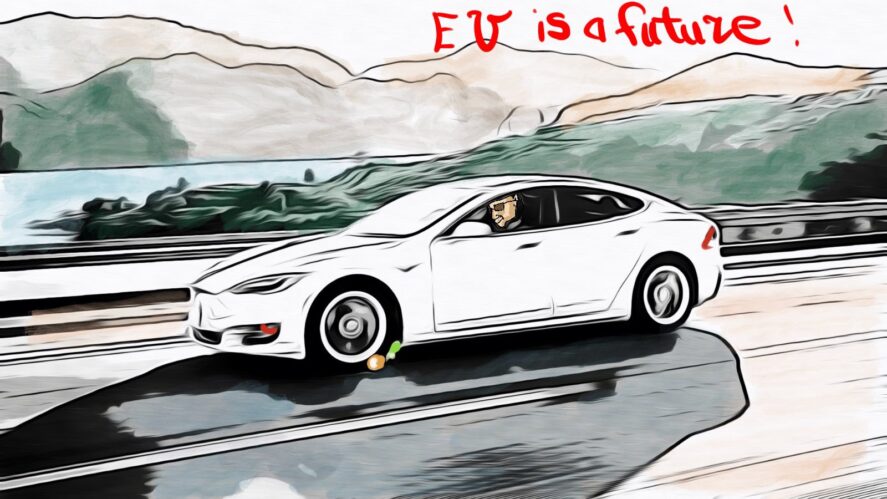 HAVE YOU EVER ASKED YOURSELF A QUESTION: WILL THE ELECTRIC CAR BE THE MOST COMMON VEHICLE IN THE WORLD? THE ANSWER: IS NOT NOW, BUT  EVERYTHING IS MOVING TOWARDS IT.

WHY SHOULD YOU BUY AN ELECTRIC CAR?

The first reason is the minimal harm electric vehicles cause to the environment.

The second reason-electric cars are cheaper to maintain than engine combustion cars, is since electricity is much cheaper than gasoline, diesel, and gas.

The third reason-the car battery can be charged from a conventional outlet. Good news for those who have a house or garage.

The fourth reason-electric vehicles move very quietly, in addition, they can pick up speed quickly, which makes the ride on them more dynamic and comfortable. Drivers and passengers who have switched to an electric car can immediately notice the absence of noise in the car, which makes the trip calm and relaxed.

The fifth reason is -Placing the batteries of an electric car on the floor balance keeps the car agile and manages to handle sharp turns.

Many countries are thinking about switching to electric vehicles. The most decisive are the Netherlands and Norway. They plan to ban the production and sale of hydrocarbon vehicles by 2025 and sell only electric vehicles.

In the list of the most popular electric vehicles in the world, the first place is occupied by the electric crossover of the American automobile company Tesla-Tesla Model Y. The second place is taken by the Tesla Model 3 electric ”D” class sedan. The Wuling Mini EV is third.  Also on the list are almost only Chinese electric cars and hybrids.  There are only three exceptions: in eighth place is Volkswagen id.4. In ninth place is Hyundai ioniq  5, and in 17th place is Kia EV6.  But one of the best-selling electric cars in Europe is the Renault Zoe.

In the list of the most popular electric cars are:

One of the best-selling cars in Europe-Renault Zoe.