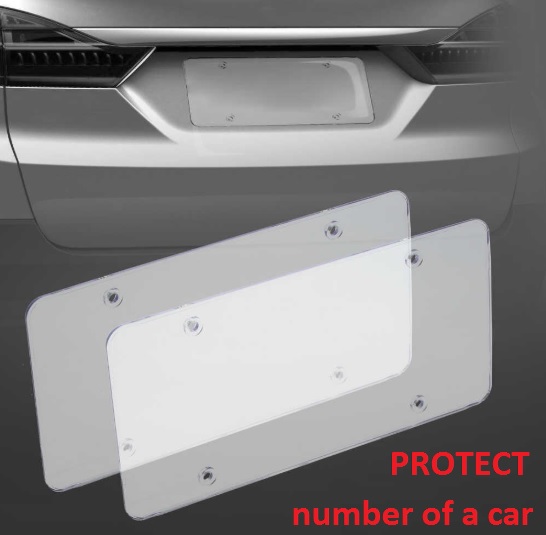 Traffic regulations say that driving a car with dirty number will be fined. In order to avoid a fine, experienced drivers have come up with a great way to protect the number of a car from dirt.

There is still another way of developing the situation when the traffic police inspector will present you with a suspicion of deliberately hiding license plates, which will raise the bar of fined. In this case, there is even the possibility of losing rights for several months.

If you often clean license plates, this can lead to damage, and replacing it costs money, and you have to pay tax for changing license plates.

How to protect number of a car from dirt

It turns out that in order to protect number of a car from dirt, drivers used Plexiglas before.

“Plexiglas is installed in the frame and secured with special bolts. Thanks to this protection, the numbers of a car remains clean and maintains its appearance”.

Such protection numbers of a car was very convenient, and even now some drivers use it. However, to date, “overly attentive inspectors” notice the plexiglass and demand to remove it, while still issuing a fine. And all according to the law, as the regulations for the installation of number of a car prohibits the use of the protection of numbers of a car made of glass.