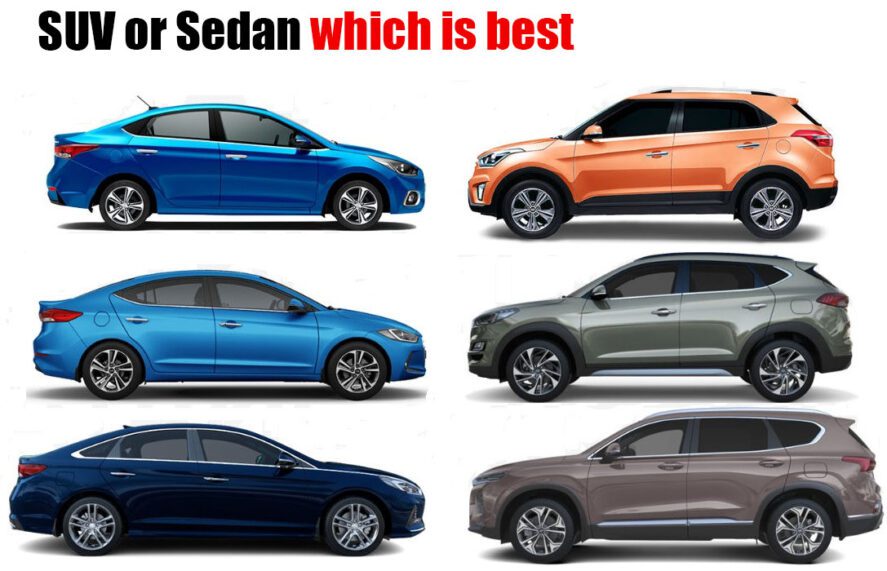 When you choosing a car to your liking, you begin to surf the Internet and various sites for selling cars. It’s so hard to stop at something. After all, there are SUVs and sedans, but you want something dynamic, comfortable and roomy.

Driving a SUV you feel like a King on the road. After all, looking at all the other cars from above, you really feel some kind of significance. Plus, other drivers respect you more, too.

It is believed that sedans are more comfortable, and the importance and benefits of crossovers are greatly exaggerated. Could it be that chasing high ground clearance, cross-country ability and spaciousness, we will not get comfort, and all the listed advantages will not be at the highest level.

Immediately I remembered the well-known saying: “You will run after two hares, you will not catch anyone.”

It turns out that crossovers have disadvantages that sedans do not have. You can read about them below. And if I missed something, write in the comments what else should have been mentioned where you disagree.

For many drivers, buying a crossover is a factor that boosts their self-esteem. Thus, the driver tries to compensate for qualities such as strength, power and size. But many drivers do not think that a sedan can be no less a status car.

Some drivers buy SUVs so they can drive around traffic on the side of the road or park on the curb or lawn. The sedan will not give you this opportunity, which will make you a more responsible driver.

The sedan is easier to drive, more stable and predictable on the road. These benefits are very important and priority for the novice driver.

Usually, modern crossover owners do not use all the capabilities of their car. So what is the all-wheel drive transmission for?

Such an unreasonable approach when choosing a car can result in high costs for the operation and repair of the car. After all, four-wheel drive vehicles have many additional devices and equipment. Conversely all-wheel drive is useful in winter conditions.

The more complex SUV design is not clear to all drivers. Many drivers are not understand for its operation. To properly control the crossover, you need to understand the operation of the car in various transmission modes. Inadvertently, it is very easy to disable expensive crossover systems. On a sedan, the driver will think a hundred times before driving on a bad road.

The misconception that a crossover’s ground clearance is higher than that of a sedan may affect your choice. But it turns out that some sedans have this parameter more than 175 mm. For comparison, the Kia Sportage has a ground clearance of 160mm.

The SUV, with its high height, soft suspension and high-profile rubber, is more prone to rollover and less stable on the road than the sedan.

SUVs consume more fuel due to the greater mass, increased friction in the transmission and poorer aerodynamics than the sedan.

The SUV is less stable on the road in case of strong crosswinds and when passing oncoming traffic with heavy vehicles.

Sedans are quieter cars than crossovers due to better aerodynamics and a simpler drivetrain design.

Sedans are cheaper to maintain than four-wheel drive SUVs. So the repairing sedans is significantly cheaper, since crossovers have worse access to many units.

Sedan tires are generally less expensive than SUV designation tires due to their larger size and stronger construction.

Answering the question “SUV or Sedan which is best?” A crossover will always be more expensive than a sedan of the same class for four-wheel drive. In most cases, this is a payment for the image. You decide, perhaps a sedan – is that you need.