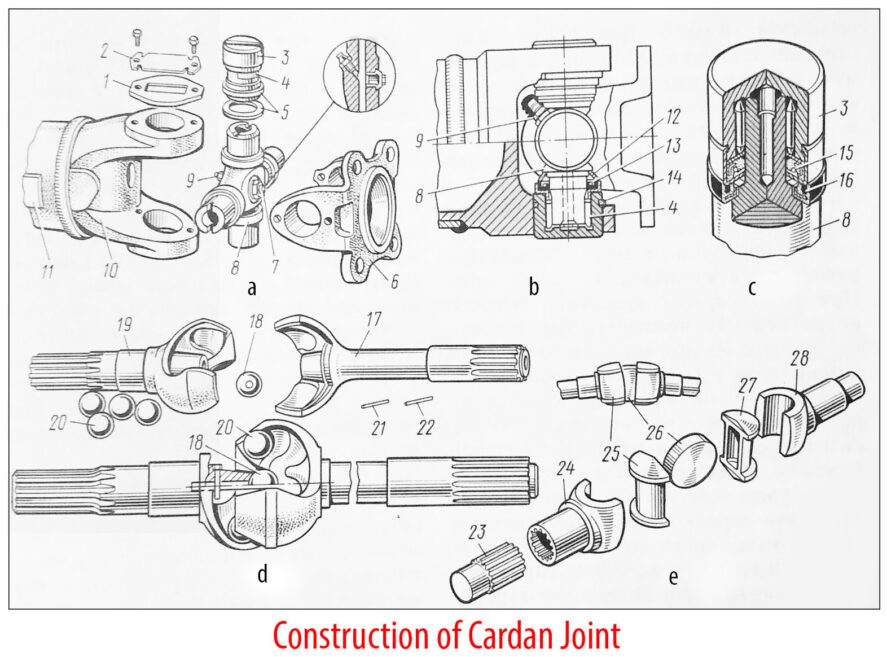 Types of universal joint in automobile

Universal Joints of unequal angular speeds consist of two steel forks 6 and 10 and the cross 8 which pivotally connects them. The cross is mounted in the ears of the forks on needle bearings (a).

The bearings, consisting of glasses 3 and needles 4, are put on the polished spikes of the cross 8 made of chrome steel and are fixed in the eyes of the forks 6 and 10 with retaining plates 2 with the covers 1 placed under them. The glands prevent the lubricant from flowing out of the bearings, which enters through butterdish 9 and channels in a crosspiece. A safety valve 7 serves to remove excess lubricant.

Another cardan joint with a needle bearing, in which rubber self-sliding glands 13 are used, and the bearing cups are fixed in the forks by snap rings 14, is shown in figure (b).