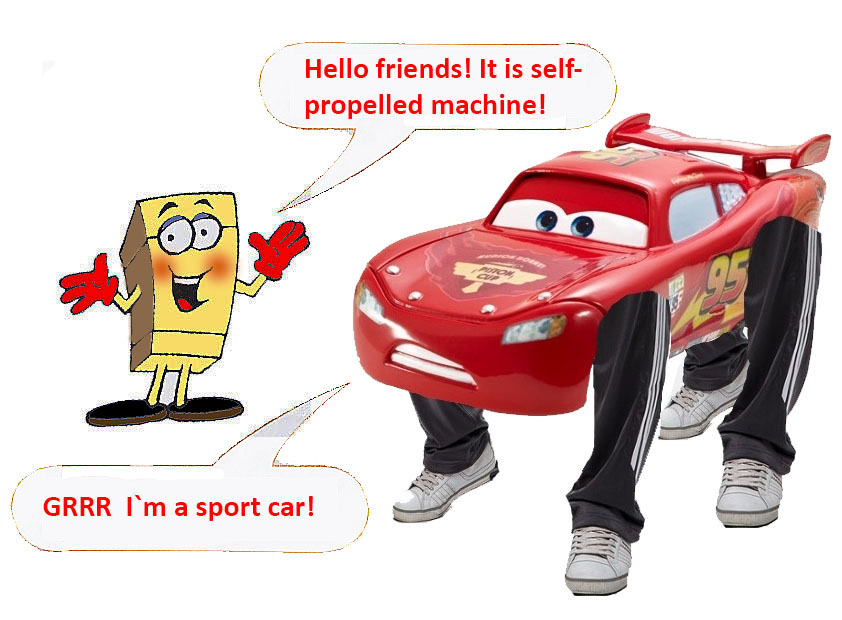 Dear friends, can you imagine an ordinary supermarket trolley?  Is it real, that it`s moving itself? Of course, it is not true. Because the man pushes a supermarket trolley with help special handle. A self-propelled car is such machine that engine moves.

Car consists of different parts, components, mechanisms and systems. Articles will have some technical terms, which you should know. It opens door you technical language.

Detail – this is a small separate part of several thousand other car details. It consists of a single piece of material. Your toy is consist of different details. too.

Component combines some details. Bolts are using to connect details.

Mechanism is a device that can transmit motion, transform energy, or change speed (for example transmission).

There are inertial cars, it move inertial mechanism, like your toys.

Unit – it is connection set of several devices for performance one task.

The car body – is the main and most expensive part of a car. It can be carrying structure or some of it structural element.

The engine – is the heart of a car. It`s energy source without it car moving can`t be real.

Transmission transmits moment of torsion from crankshaft to drive wheels change the size and direction of it.