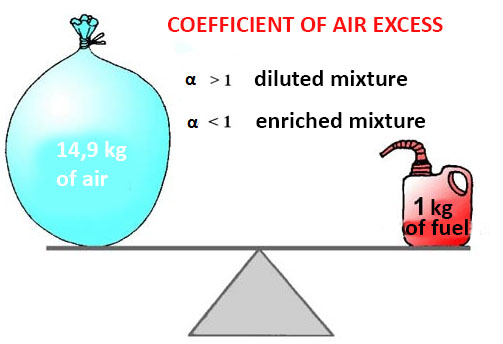 The coefficient α is an attitude of a really amount of air needs for burn petrol to theoretically necessary.

To be sure, the fully rich or fully lean mixture loses the ability to ignite. At first case, it happens because lack of air, and the second shows by excess of air.