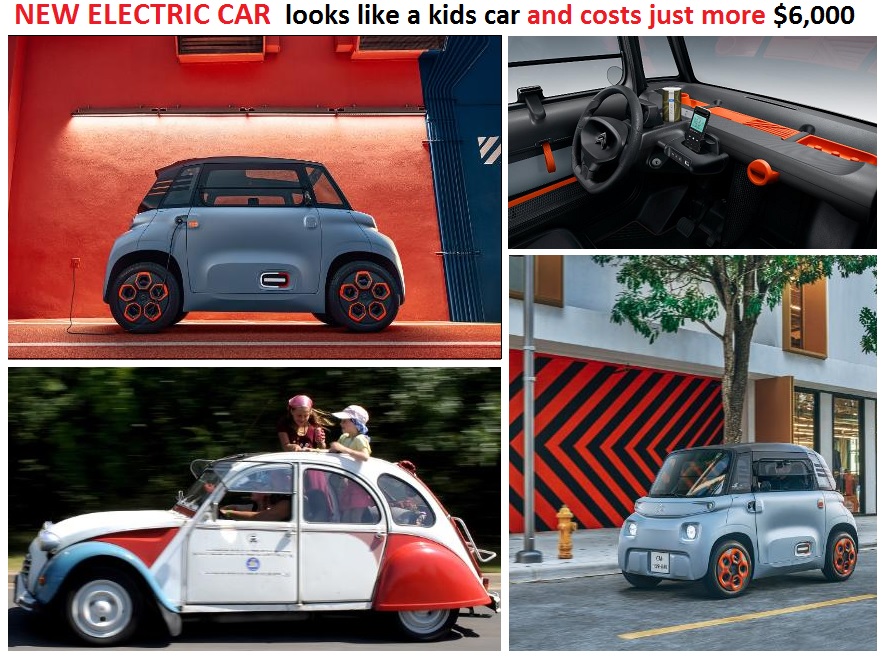 Today we can see many electric cars on the roads. Such tiny electric cars like as Citroen become more and more popularity. The main advantages of tiny electric vehicles are cheapness and compactness. It is very convenient to park by tiny car; in addition, you can drop into any narrow nook and cranny.

French automaker Citroën has unveiled the Ami, a tiny electric car which costs just more € 6 000. This is ridiculous, but CNN compares the Ami car with a washing machine. We have our own view on this car, because we have seen a Kids car in it.

Each of us has known that it would be hard to get a good used car at this price.

It has equipped electric motor powered by a 6 kilowatt, or 8 horsepower. The top speed of just 28 miles an hour. The Ami car can be driven by kids as young as 14 in France, or 16 in other European countries, without a license. The Ami qualifies as a car without license, equal to quadricycle and so it is treated like a four-wheeled scooter.

It’s a lightweight car with a small battery. Such cars are intended mostly for use in cities.  A range is only about 40 miles, per charge. But it is a big advantage, because the fully charging of a car will take us near three hours.

Citroën company has own brand’s strategy starting with cheap electric cars and moving up from there. So this company is very popular for young people.

This approach to the promotion of electric vehicles in the auto market has a great advantage: the buyer is growing with the modernization of the electric car. The owner gets used to the chosen brand and does not change it.