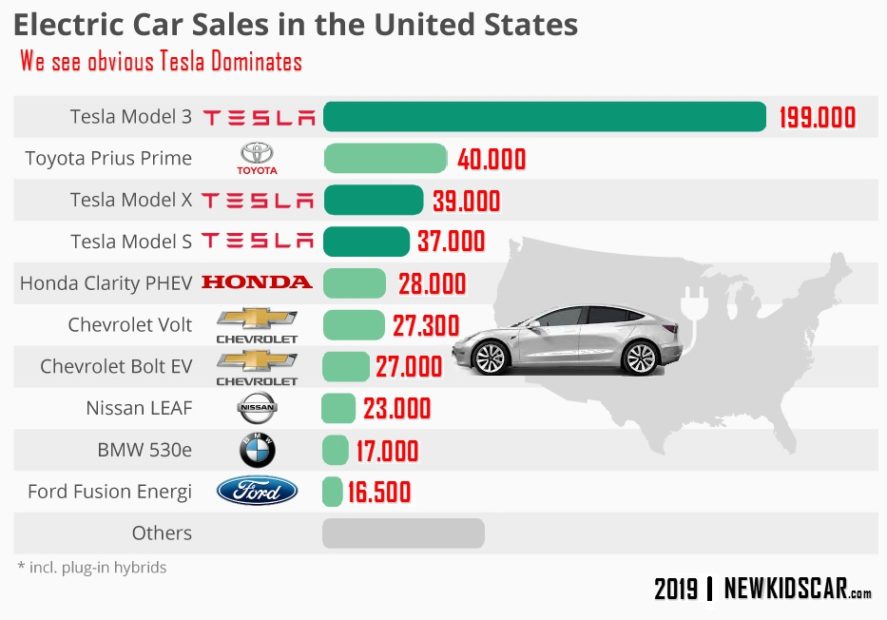 Government incentives for plug-in electric vehicles in the U.S.

US Government supports energy improvement and extension by entering incentives and tax or fee exemptions for differenet types of electric cars like BEVs and PHEVs. In addition, utility-rate breaks, free parking and high-occupancy vehicle lane access are supporting too.

The October sales were mostly influenced by the record Tesla Model 3 sales, which accounts for some 78% of all plug-ins! Tesla Model 3 was the top-selling car for the month, regardless of fuel type.

Tesla Company is started the deliveries of Tesla Model 3 in the Netherlands. EV sales in Netherlands start to rise up at once. When compared with the number of sales at last month Electric plug-in cars sales quadrupled.