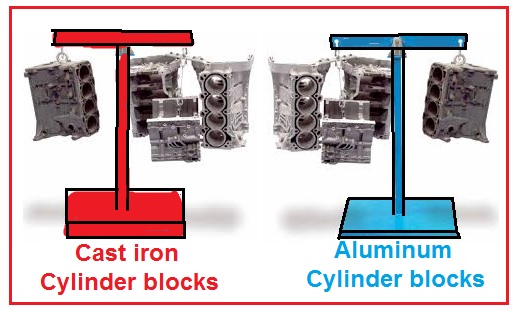 Engines with a cylinder block have a water (liquid) cooling system, and the cavities through which the coolant circulates are called the engine cooling jacket.

Depending on the working volume and other technical and operational characteristics, purpose, there are several layout options (arrangement of engine cylinders), as well as several materials for the manufacture of the block and cylinder.

If there are no restrictions on the mass of the engine, for example a tractor engine, then the cylinder block is made of pearlite cast iron.

On transport engines, where there are weight restrictions, I use lighter aluminum and magnesium alloys for the manufacture of cylinder blocks.